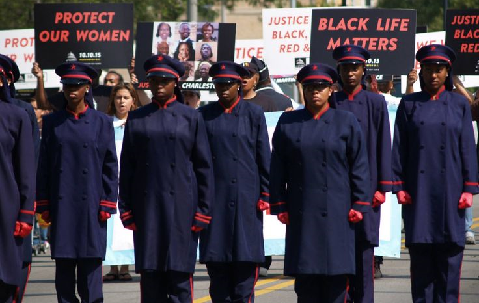 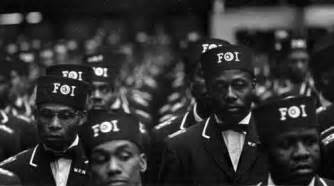 This is a warning to the M.G.T & G.C.C. against adopting the African dress and hair styles (this applies to the Brothers of the F.O.I. also) and seeking to intermarry with foreign people whether they are Muslims or not;

and against accepting traditional African tribal styles and garments with gay colors.

Such Sisters will be dismissed, from now on, from the circle of Islam, wherein I am the shepherd.

No style of dress is to be warn but the style of real Muslim people and the one that I am offering to you. The head piece of traditional and tribal African people who are other than Believers of Islam is also forbidden for you to accept.

Do not love to marry foreign people other than your people of America (your own Black brothers and sisters who have been lost and now found by God, Himself). If you do, I will no longer respect you as my follower.

Remember what intermarriage did for the people of Moses in Median and elsewhere wherever they mixed with foreign people? They took them away from their God and they were forbidden by Allah to intermarry with people whose faith was not their own and later, a death penalty was effected on the for such things, because the love of such foreign disbelievers takes away your faith and your religion that God, in the Person of Master Fard Muhammad, to Whom praises are due forever, has given to you for your success.

As intermarrying with foreigners did to the people in the time of Moses, it will do the same here in this day and time, if you marry foreign disbelievers and traditionalists. They were not believers in Islam and brothers and sisters who are going « drunk » in love with just anyone whom they think is of their kind, will not stay in the circle here with me.

I will not permit it. God has not sent me to mix any such thing as intermarrying or associating in such a way as « sweethearting: with foreign people. A closer knowledge of this will be given to anyone of you who would like to come and ask me personally, but you are not to do these things.

God is only after you to make you an example for the world to be guided by. You are being given the tops of the Divine Wisdom and He wants to make you the greatest of all people of the earth.

Study Jesus’ parables of the « Prodigal Son », » The Lost Sheep » and « The Lost Tenth Piece of Silver » and other parables of the Old Testament and you will find many parables there made of you and me here in America, as being found and returned and put on top.